David Nierenberg is Founder and President of Nierenberg Investment Management Company (NIMCO), which manages The D3 Family Funds, a family of investment partnerships which seek long term capital gain through investment in a concentrated portfolio of undervalued micro-cap public equities. Before founding NIMCO in 1996, David was a General Partner at Trinity Ventures for a decade, where he invested in turnarounds, financial services, and healthcare, and usually served as a corporate director.

David was a director of Peace Health Southwest Washington Medical Center from 1997–2009 and Vice Chair from 2002–2008. David now serves as a director of Flotek Industries, Rosetta Stone, and Riverview Bancorp. Previous public boards include Natus Medical and Electro Scientific Industries. He was a Trustee of Whitman College from 2009– 2016. David chaired the Community Foundation for Southwest Washington from 2009–2012. He serves on the Washington State Investment Board. David co-chairs The Ira Millstein Center for Global Markets and Corporate Ownership at Columbia Law School, a world leader in corporate governance. Previously he was Vice Chair of the Millstein Center for Corporate Governance at Yale. David chairs the Research Advisory Committee for Glass-Lewis, the second largest global proxy advisor.  He is a director of The National World War II Museum and STAND for Children. From 2006-12 he was one of eight original national finance chairs of Romney for President.

Locally, David chaired the Evergreen School District Foundation, and was a director of the Confluence Project. David and his wife Patricia were designated Philanthropists of the Year in Southwest Washington. 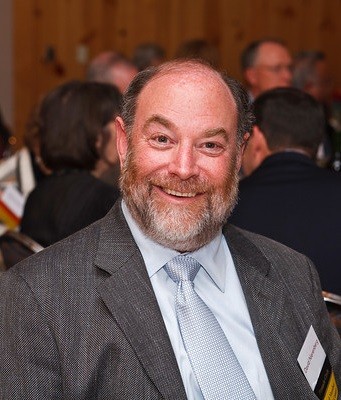