Bob McCormick is a Managing Director at PJT CamberView.

Before joining PJT CamberView, Mr. McCormick served as Chief Policy Officer of Glass Lewis where, for over a decade, he oversaw the analysis, voting recommendations and report writing on management and shareholder proposals on over 20,000 shareholder meetings of public companies in more than 100 countries. He also led the firm’s engagement efforts and was responsible for developing Glass Lewis’ proxy voting guidelines.

Prior to that role, Mr. McCormick was Director of Investment Proxy Research at Fidelity Investments where he managed the proxy voting of 700 mutual funds and accounts holding 5,000 securities worth $1 trillion.

Mr. McCormick serves on the board of the Northern California Chapter of the National Association of Corporate Directors (NACD) and on the advisory board of the University of Delaware’s Weinberg Center on Corporate Governance. Mr. McCormick was named one of the 100 most influential people in corporate governance by NACD and Directorship magazine six times from 2008-2015.

He holds a Graduate Certificate of Special Studies in Administration and Management from Harvard University Extension School, a J.D. from Quinnipiac University and a bachelor’s degree in history from Providence College. 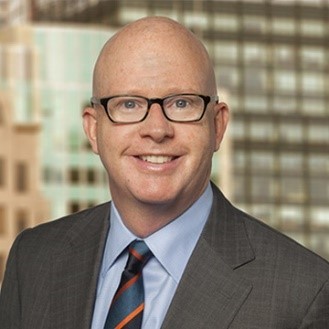