Leo E. Strine, Jr., is Of Counsel in the Corporate Department at Wachtell, Lipton, Rosen & Katz.  Prior to joining the firm, he was the Chief Justice of the Delaware Supreme Court from early 2014 through late 2019.  Before becoming the Chief Justice, he had served on the Delaware Court of Chancery as Chancellor since June 22, 2011, and as a Vice Chancellor since November 9, 1998.

In his judicial positions, Mr. Strine wrote hundreds of opinions in the areas of corporate law, contract law, trusts and estates, criminal law, administrative law, and constitutional law.  Notably, he authored the lead decision in the Delaware Supreme Court case holding that Delaware’s death penalty statute was unconstitutional because it did not require the key findings necessary to impose a death sentence to be made by a unanimous jury.

Mr. Strine holds longstanding teaching positions at Harvard and University of Pennsylvania, where he has and continues to teach diverse classes in corporate law addressing, among other topics, mergers and acquisitions, the role of independent directors, valuation, and corporate law theories.  He is a member of the American Law Institute, and currently serves as an advisor on the project to create a restatement of corporate law.

In 2000, Governor Carper awarded Mr. Strine the Order of the First State.  In 2002, President David Roselle of the University of Delaware presented him with the University’s Presidential Citation for Outstanding Achievement.  In 2006, he was selected as a Henry Crown Fellow at the Aspen Institute.  In 2019, he was awarded an honorary degree from Washington College in Chestertown, Maryland.

Mr. Strine lives in Hockessin, Delaware with his wife Carrie, who is an occupational therapist at the DuPont Hospital for Children, and his two sons, James and Benjamin.

Toward Fair Gainsharing and a Quality Workplace For Employees: How a Reconceived Compensation Committee Might Help Make Corporations More Responsible Employers and Restore Faith in American Capitalism, in Harvard John M. Olin Discussion Paper No. 1035 and U of Pennsylvania, Institute for Law & Economics Research Paper No. 20-37. FORTHCOMING in The Business Lawyer (Winter 2020-2021).
Development on a Cracked Foundation: How the Incomplete Nature of New Deal Labor Reform Presaged Its Ultimate Decline: A Response to Cueller, Levi, and Weingast, in 57 Harv. J. on Leg. 67 (2020).
Fiduciary Blind Spot: The Failure of Institutional Investors to Prevent the Illegitimate Use of Working Americans’ Savings for Corporate Political Spending, in The Harvard John M. Olin Discussion Paper Series: No. 1022, SSRN: https://ssrn.com/abstract=3304611 and 97 Wash. U. L. Rev. (forthcoming 2019).
“Citizens United” as Bad Corporate Law, in 2019 Wis. L. Rev. 451.
Made for this Moment: The Enduring Relevance of Adolf Berle’s Belief in a Global New Deal, in 42 Seattle U.L. Rev. 267 (2019).
Fiduciary Principles and Delaware Corporation Law: Searching for the Optimal Balance by Understanding that the World is Not, in Oxford Handbook of Fiduciary Law (2018).
Delaware’s Constitutional Mirror Test: Our Moral Obligation to Make the Promise of Equality Real: A Reflection on the Resegregation of Our Schools, in 17 Del. L. Rev. 97 (2018).
Perfectly Frank: A Reflection on Quality Lawyering in Honor of R. Franklin Balotti, in 72 Bus. Law. 603 (2017).
Corporate Power is Corporate Purpose I: Evidence from My Hometown, in 33 Oxford Rev. Econ. Pol’y 176 (2017).
Corporate Power is Corporate Purpose II: An Encouragement for Future Consideration from Professors Johnson and Millon, in 74 Wash. & Lee L. Rev. 1165 (2017).
Who Bleeds When the Wolves Bite?: A Flesh and Blood Perspective On Hedge Fund Activism and Our Strange Corporate Governance System, in 126 Yale L.J. 1870 (2017).
Corporate Power Ratchet: The Court’s Role in Eroding “We The People’s” Ability to Constrain Our Corporate Creations, in 51 Harv. C.R.-C.L. L. Rev. 423 (2016).
Criminal Justice and (a) Catholic Conscience, in 56 Santa Clara L. R. 631 (2016).
Lessons for Luxembourg: Are Delaware and the Netherlands Examples You Can Emulate?, Cent Ans De Droit Luxembourgeois Des Societies (A Century of Luxembourg Company Law) 375 (2016).
Originalist or Original: The Difficulties of Reconciling “Citizens United” with Corporate Law History, in 91 Notre Dame L. Rev. 877 (2016).
Securing Our Nation’s Economic Future: A Sensible, Nonpartisan Agenda to Increase Long-Term Investment and Job Creation in The United States, 71 Bus. Law. 1081 (2016).
The Siren Song of Unlimited Contractual Freedom, in Research Handbook on Partnerships, LLCs, and Alternative Forms of Business Organizations (2015).
The Soviet Constitution Problem in Comparative Corporate Law: Testing the Proposition that European Corporate Law is More Stockholder-Focused Than U.S. Corporate Law, in 89 S. Cal. L. Rev. 1239 (2016).
A Job Is Not a Hobby: The Judicial Revival of Corporate Paternalism and Its Problematic Implications, in 41 J. Corp. L. 71 (2015).
The Dangers of Denial: The Need for a Clear-Eyed Understanding of the Power and Accountability Structure Established by the Delaware General Corporation Law, in 50 Wake Forest L. Rev. 761 (2015).
Documenting the Deal: How Quality Control and Candor Can Improve Boardroom Decisionmaking And Reduce the Litigation Target Zone., in 70 Bus. Law. 679 (2015).
Conservative Collision Course?: The Tension between Conservative Corporate Law Theory and “Citizens United”, in 100 Cornell L. Rev. 335 (2015).
Making It Easier for Directors To “Do the Right Thing”?, in 4 Harv. Bus. L. Rev. 235 (2014).
Can We Do Better By Ordinary Investors? A Pragmatic Reaction To The Dueling Ideological Mythologists of Corporate Law, in 114 Colum. L. Rev. 449 (2014).
Putting Stockholders First, Not the First-Filed Complaint, in 69 Bus. Law. 1 (2013).
Poor Pitiful or Potently Powerful Preferred?, in 161 U. Pa. L. Rev. 2025 (2013).
“Old School” Law School’s Continuing Relevance for Business Lawyers in the New Global Economy: How a Renewed Commitment to Old School Rigor and the Law as a Professional and Academic Discipline Can Produce Better Lawyers,, in 17 Chapman L. Rev. 137 (2013).
Our Continuing Struggle with the Idea That For-Profit Corporations Seek Profit, in 47 Wake Forest L. Rev. (2012).
Delaware Corporate Law and the Model Business Corporation Act: A Study in Symbiosis, in 74 Law and Contemp. Probs. 107 (Winter 2011).
The Role of Delaware In The American Corporate Governance System, And Some Preliminary Musings On The Meltdown’s Implications for Corporate Law, in Corporate Governance: Current Issues and the Financial Crisis 67 (Wilco Oostwouder & Hans Schenk eds., 2011) (written and presented in final form at the Governance of the Modern Firm Conference (Dec. 13, 2008)).
One Fundamental Corporate Governance Question We Face: Can Corporations Be Managed for the Long Term Unless Their Powerful Electorates Also Act and Think Long Term?, in 66 Bus. Law. 1 (2010). 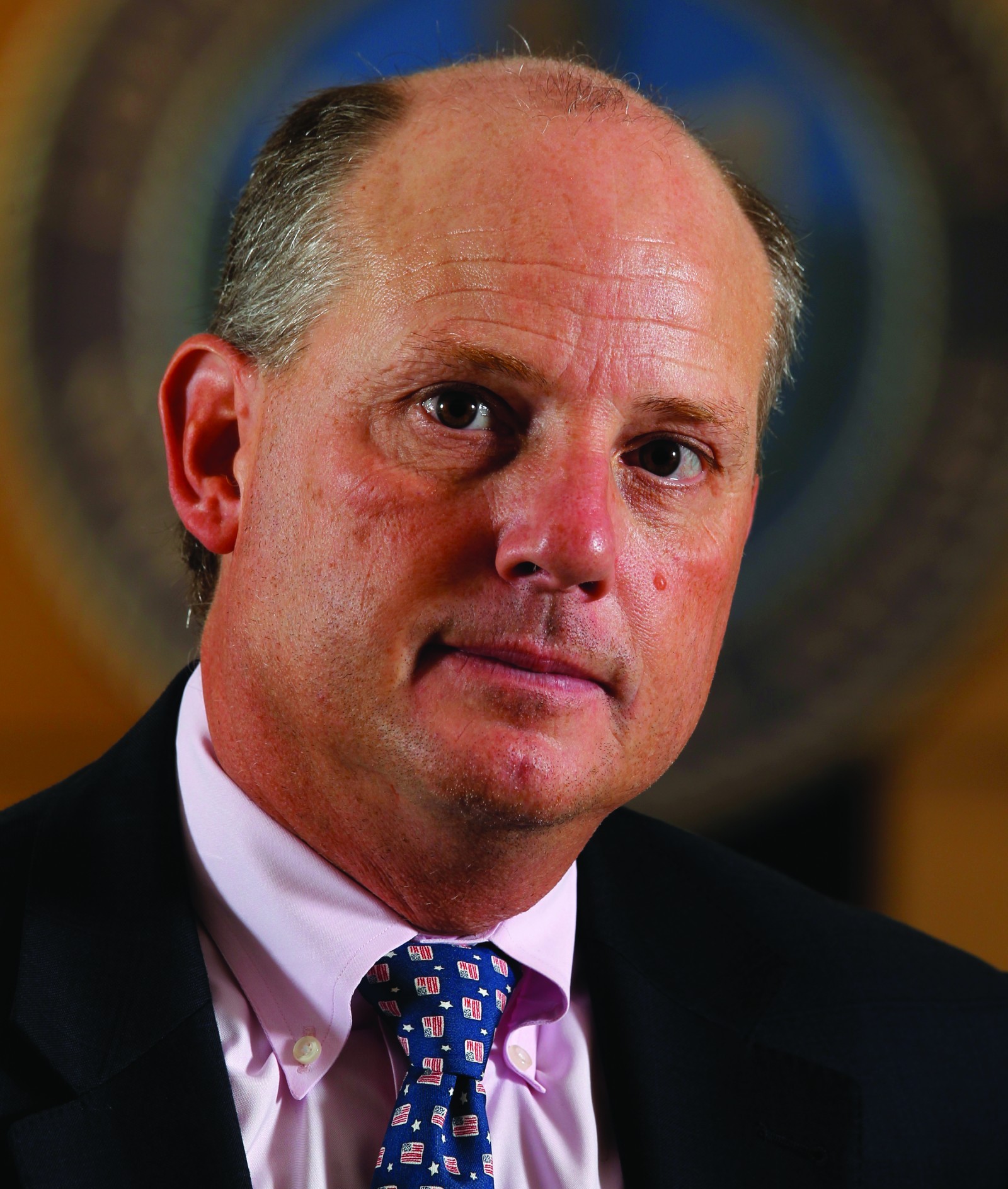